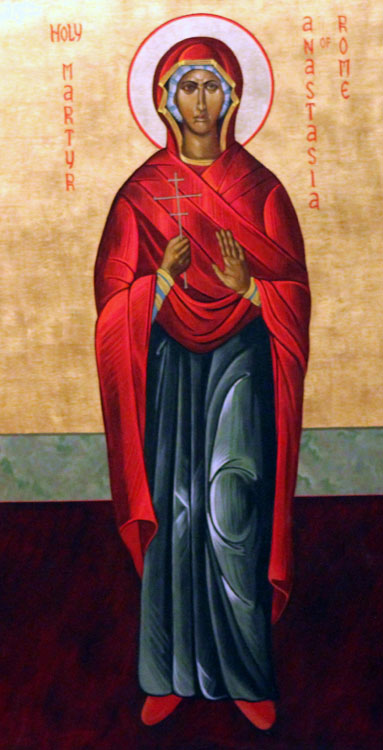 The Holy Women Martyrs Basilissa and Anastasia lived in Rome and were converted to Christianity by the holy Apostles Peter and Paul. They devoted themselves to the service of the Lord.

When the emperor Nero (54-68) persecuted Christians and gave them over to torture and execution, Sts Basilissa and Anastasia took the bodies of the holy martyrs and gave them reverent burial. Rumors of this reached Nero, so Sts Basilissa and Anastasia were locked up in prison. They subjected them to cruel tortures: they scourged them with whips, scraped their skin with hooks, and burned them with fire. The holy martyrs remained unyielding, however, and bravely confessed their faith in Christ the Savior. By Nero's command, they were beheaded with the sword (+ ca. 68).